Deepest Desire : I Desire Praise and Admiration From All

The motto for Life : Be The Best And Nothing Less!

A timeless charm- you’re the picture of grace, elegance, etiquette, and being socially appropriate. OMG!! Are these exceptions on the zodiac wheel!? Yes! Capricorns tap into their inner fortitude to overcome whatever stands between their long-term goals. They are not deterred by anything that distracts them from forging ahead.

Capricorns are considered to be quintessential worker bees. Ambitious, organized, and practical these natives never mind the hustle. They are ready for sacrifices if needed to achieve their goals. Capricorns set their own rules that encourage them to reach the pinnacle of success. Modesty is the native’s core trait and, it can be a rare sight to witness a Capricorn zodiac sign bask in glory or flaunt its success. They are the zodiac’s workhorse who make long-term plans, and earn merits and rewards along with an excellent public image!

A practical mind is Capricorn’s workshop that allows them to tackle and solve complex problems that leave others completely baffled. They are on the hunt for real-world solutions despite the meager help or resources at hand! Diligence, tolerance, and perseverance help them to adhere to things and situations for a longer span. “Stop not till the goal is not achieved” an inspirational quote by Swami Vivekanand is Capricorn’s life principle! Monotonous work often makes individuals slack off! Contrary to this Capricorn sign pushes forward even in tough situations to accomplish their set goals and objectives!

The Sun transits the constellation of Capricorn approximately from December 22 to January 19. The zodiac sign further bifurcates into three Decans. A Decan is a 10-day slot that portrays different characteristics as per the three divisions. 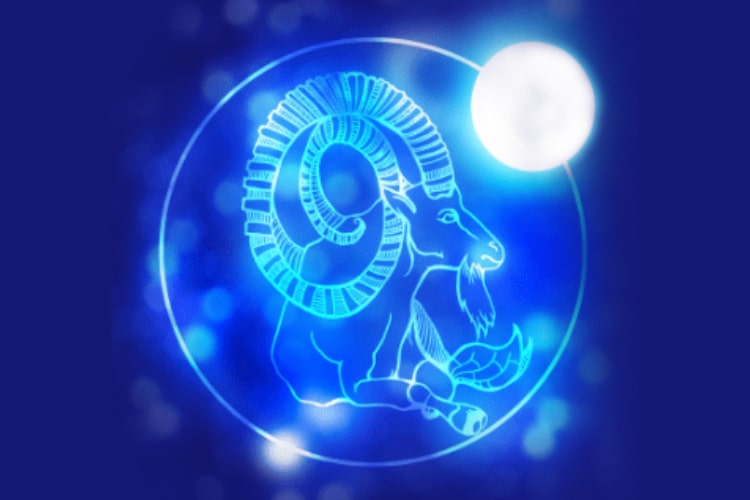 The Capricorn symbol illustrates a mythological creature with the body of a goat and tail of a fish. The Babylonians affix it with a mermaid goat. A goat scales steepest heights with great ease. Its magical, mermaid tail, helps it to explore its imagination thoroughly and integrate creativity with productivity. The symbol is an accurate representation of Capricorn which justifies their skillful nature of navigating both the material and emotional realms. 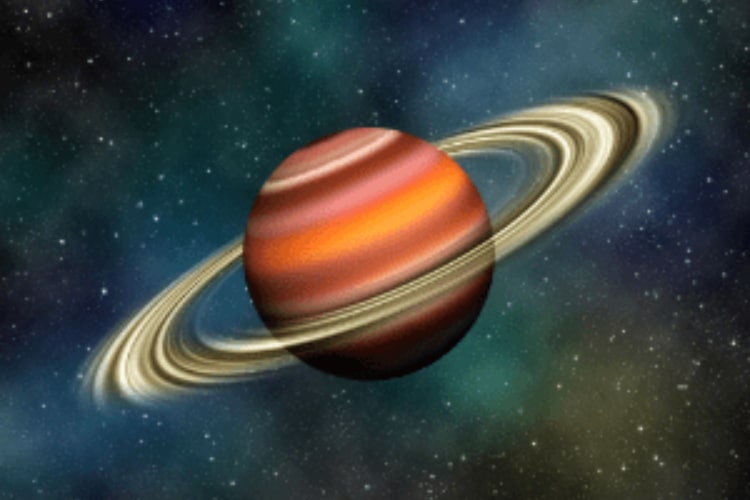 The ruling planet of Capricorn is Saturn. In Greek mythology, Saturn is known as Cronus, who is literally “Father Time.” Saturn rules Capricorn, and Capricorn's love rules! Saturn is a Karmic planet and a hard task-master concerned with discipline, punctuality, and the conservation of material resources. Saturn teaches tough lessons, but Capricorn is no stranger to growing pains. It keeps a check and ensures direct routes to the finish line. Capricorn knows how to operate freely when boundaries of social convention and possibility are apparent. Down-to-earth Capricorns, double your energy with the lucky American Diamond gemstone. The fine shimmering edges of the shiny gem amplifies the energies of Venus to bring love, romance, happiness, and fortune into your life. American Diamond helps in combating your irritable and fussy nature, improving your emotional quotient. Know more about American Diamond » 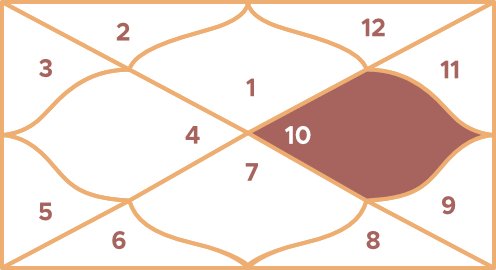 Capricorn governs the Tenth House which is the house of career. It occupies a powerful position in the zodiac chart and represents goals, aspirations, authority, and public domain. The tenth house complies with Capricorn’s dynamic determination to excel, strive, and consummate. The Goat is an achiever and tends to climb and progress towards greater heights. No matter what but slowly and surely, it attains its goals! Learn more about the Tenth House » 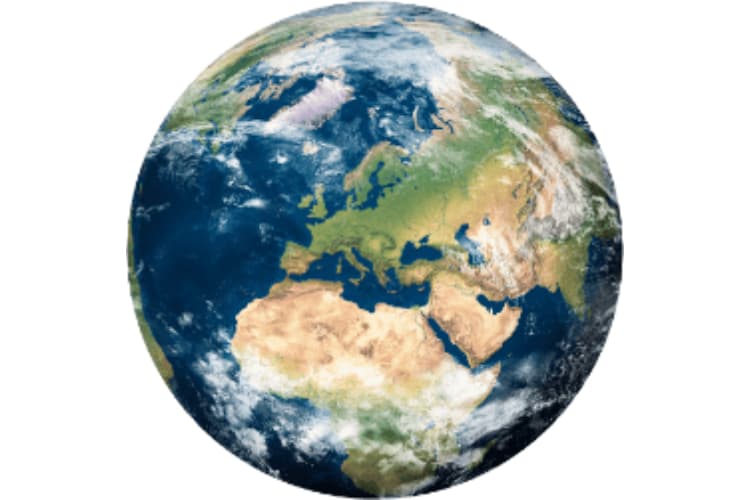 The last Earth sign of the zodiac Capricorn is also the sign of commencing and regimen. This enigmatic sign is most earthy and most spiritual at the same time! The Earth element keeps Capricorn pledged, dedicated, and industrious. Capricorn clinches to the Earthy element of reliability and firmness. Just like a Goat struggles on a perilous mountain cliff, Capricorn natives adhere to strenuous efforts leaving no stone unturned to turn their dreams into reality! Capricorn’s quality is Cardinal. Cardinal signs are action-packed signs. They are aligned to the start of the seasons! As a Cardinal sign, Capricorn greets us in the winter Arcadia! Originality is the prized possession of Cardinal signs. Thus, Capricorn natives are trendsetters and trendspotters who love doing things their way! Under the influence of this quality, the Goat’s energy gets a push to move ahead with their dreams and aspirations. You can surely bank on them to initiate a winning idea or plan! 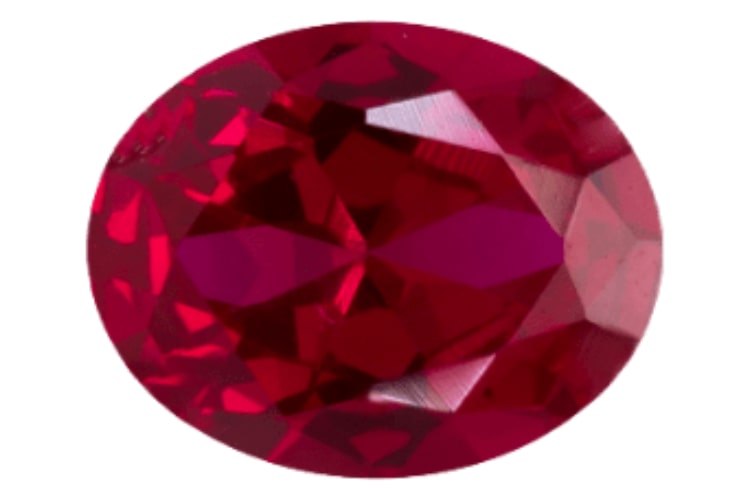 A Garnet is said to attract the energy of Saturn, the ruling planet of Capricorn. Wearing a garnet helps these natives to prosper and lead a more configured lifestyle mentally, spiritually, and physically. The birthstone balances out unwarranted feelings of inadequacy and self-doubt assisting Capricorns to forge ahead in life with enhanced confidence and determination. Capricorns may also benefit from stones like blue topaz, blue sapphire, lapis lazuli, onyx, turquoise, ruby. Know more about Capricorn Birthstone » 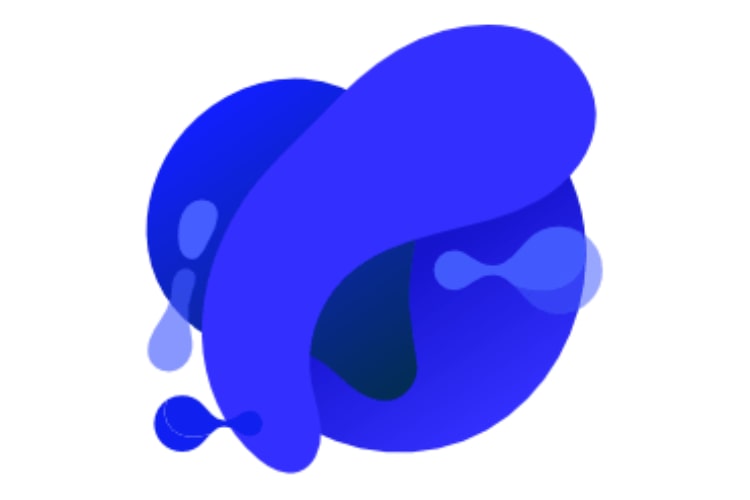 Blue is considered the luckiest and powerful color for Capricorn, as it is symbolic of its ruler planet Saturn. Blue relates to Capricorn’s depth of intelligence and loyalty. The color helps to ward off the feeling of negativity, melancholy, timidity, and unreliability, helping Capricorn natives to gain confidence in themselves. Other friendly colors that enhance positivity in Capricorn natives are grey, brown, green, and white. Settle all your longing for grace and elegance with a prosperous cosmic pendant. Let the mental peace & motivation drive you ahead in life as the pendant is studded by Blue Sapphire. This last Earth sign is ruled by Saturn and the natives are drizzled by enormous social & glamorous life. Know more about Capricorn Pendant »

Earth signs of Virgo and Taurus are practical and down to earth which makes their pairing extremely harmonious with the Capricorn sign. Besides, the relationship between Aries and Libra is also extremely volatile. However, dealing with Libra for Capricorn zodiac is less tense than Leo whom they find the most difficult to relate to! Leo’s constant need for admiration and praise unnerves Capricorn while they are in power struggles with impulsive Aries. Capricorn forms a 50/50 partnership with Cancer as both don’t share the same wavelength in all matters. Learn more about the Capricorn Compatibility » 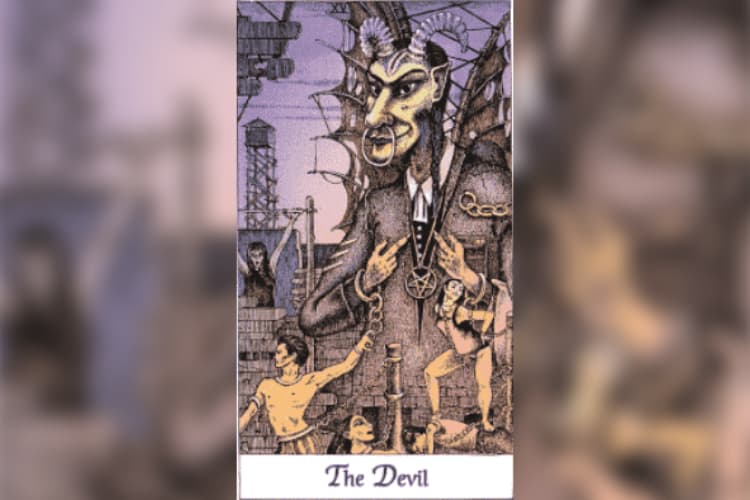 The Devil is the Tarot card that personifies the zodiac sign of Capricorn. The symbol is deep-rooted in the Greek God Pan, who is half-man, half-goat nature God and reigns the dark fiery Hell. The Devil card reveals a person is a captive of his negative attitudes and unwise desires. This implies that Capricorn’s blind ambition at times may make them prisoners of their thoughts or situations! Hell depicts the mind which gets stagnated due to evil or wrong influences!